I still have so much to learn with oil paint, I’m considering some YouTube tutorial afternoons. It’s a different game with watercolour, a material that does prodominently what I want when I want, the only thing that’s lacking it perhaps depth, on paper, characters and form are often held in the space if the page. Where as when I paint in board or canvas, I make the canvas or board just less visible. I actually kinda hate canvas, I don’t enjoy seeing it as part of the shape or surface of my work, I like there to be a lot of paint, which can sometimes prohibiting and I need to move around that.

2019 has been alarmingly positive, which is actually strangely uncomfortable. It just takes more practice than I have had to make positive choices and get positive results.

Which maybe why I spent many evenings painting the fleshy ring shapes and going over 3 abandoned drawings and adding colour.

Love it or hate it it’s here!

December.
There’s so many reasons this time of year is difficult. Check in your strong friends. Make plans with people and do activities that make you feel wholesome.
Make exit plans.
Drink water. 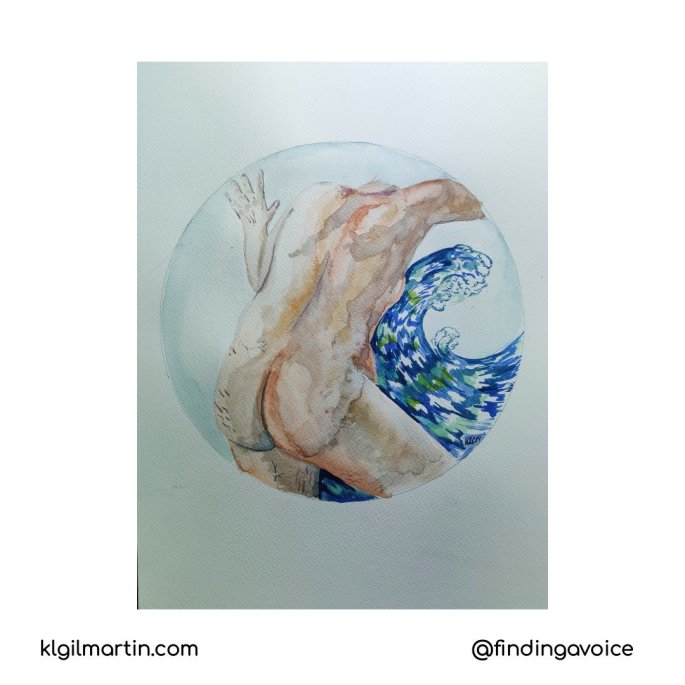 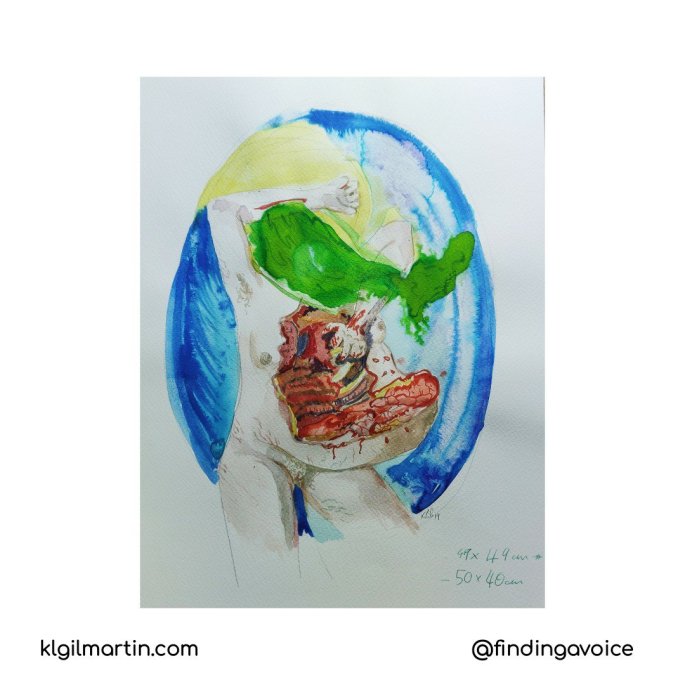 3 years ago I was scared of drawing halos because they aren’t mine, so I leaned into that because the 6-year-old me who had to say a prayer at school every afternoon part of me decided I should. I love finding icons with their faces scratched out in corners of medieval churches on the various mini expeditions my most spiritual friend and I take to the holiest pilgrimage village in Norfolk. the defaced paintings showing the anger towards someone else’s ideas, we drive each other to do peculiar things, particularly in the name of our chosen gods.  I love icon paintings because they are traditional and unchanged, stories about spectacular humans painted by humans. It was around this time I read FEMEN, I didn’t agree with some of what they did, the polarised thoughts around women covering their heads being oppressed(choice is key) but I learned about Oksana Shackko a Ukrainian artist; trained from a very early age in iconography, made a living from it by 12, left it alone for a while during her activist days but went back to it with new meaning before her death at the age of 31 last year. In fact a year ago on the 23 July, this week.   That smarted a bit. artnet news

Recently there has been more ambiguity in the halo, it could indeed be a sun, with rays shining out of it, I’ve moved away from whole figures again and back to the pattern and shape making of body parts and the blurring of boundaries between physically internal and external. 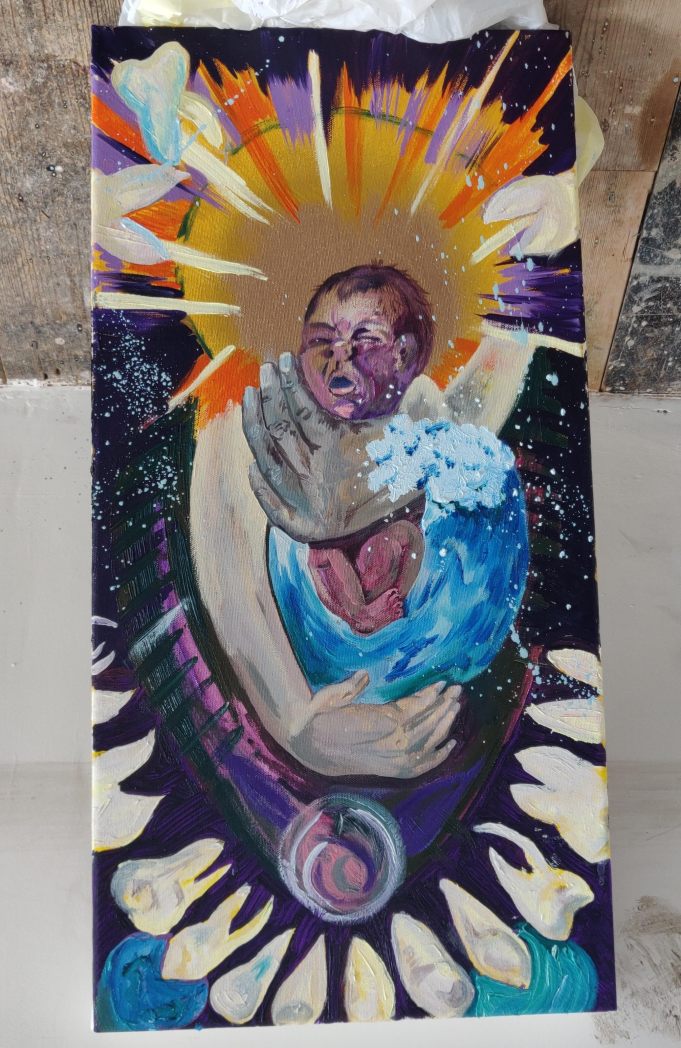 When showing people these most recent images the response is often a coy mention of how they are so religious in appearance. I could get existential, talk about spirituality, energy, the big nothing and the end of the world. Humans are resilient and totally fragile, our lives are little blips in time. We want so much freedom as well as needing the comfort of containment. Mostly what I’m expressing is the human struggle,  the utter fear of existing and the joy of just being.  A whole bunch of feels is in here about the phrase ” babies having babies” usually a sad derogatory term for teenage pregnancy, honestly, though, no one is ever ready, it’s hard even if your life is quite easy, parenting is HARD, 100% not doing that whole baby thing again!

No one really knows what they are doing, and that’s ok.

This time next week (6th June) I’ll be speaking at a mentalhealth conference in Norwich.

One of my favourite parts of the day is listening to others stories and how they’re similar to my own. Survival and love stories 💛 there’s something about humans, a little electric ZING, we shine when we get to see one another 🌟